Expectations vs. Reality: an Oral History of the 2015 Intern Squad

As my internship with Braintree comes to a close, I’ve been spending a lot of time reflecting on my experience here. To quote the geniuses behind the most iconic dance film in history -- I’ve had the time of my life; and while I owe a lot of that to the marketing team, I’ve also been blessed to be part of an awesome intern squad. While we all work on different projects with different teams, we’ve become friends over the course of the summer. I value their opinions, so I asked the squad to chat with me in a sort of roundtable discussion about the internship. I was particularly interested in hearing how everyone’s expectations of Braintree and the internship program compared to the reality of our experiences.

Before I get into the nitty gritty interview, let me first introduce you to our fearless crew:

Adam Ringwood, Software Engineer Intern
And me, your leader into the minds of the Braintree intern squad:

What were your expectations and perceptions about Braintree and this internship before you started?

AS: Before joining this internship, all I had was a Paypal account and that’s about all. I was actually told about Braintree during my first interview and asked if I'm willing to move to Chicago during the summer -- best decision ever! But still, I didn't know exactly what to expect in terms of my intern project.

RY: During my interview and office visit, I was super impressed with the office space and how design touched so many aspects of the interior design and culture. I was excited that Braintree focuses on design so much. I wasn't really sure what to expect about my role in the product side, though.

BLC: Braintree gave me the impressions of a "cool" company with people that seem to care about learning and exploring rather than just achieving; they care about their people. I was expecting this internship to be intense in learning, and to work 12 hours a day.

MS: I think I expected it to be super intense… I don’t think I realized that it would be relaxed in my interactions with other people, that everyone would be so normal all the time.

RB: I honestly didn’t know what to expect… based on my limited knowledge of Braintree, I expected everything to be very high-tech, and for everyone to be very smart, and very intense.

SV: Yeah, I knew [Braintree] was a big player in payments, so I expected everyone to be, like, super intense, and very work-intensive.

Were your expectations correct?

BLC: I think what I’ve heard from other tech companies is the more perks you have, the more you’re expected to stay in the office longer, and Braintree’s the exception to the rule.

SV: While everyone is very focused on what they do, they also have a really good work-life balance that I appreciate.

ZL: I expected there would be a catch - the free catered lunch would taste bad, the arcade would be closed during work hours, and the like -- but there are none. I have been blown away by how fun this company is.

RB: People are super smart, as I expected, but also fun, and social, and nice. It’s an awesome combination that I didn’t know was possible on such a large scale.

MS: I mean the work is hard, there’s no denying it, but I think the attitudes are a lot different when you’re actually here on a day-to-day basis.

AR: My main hope was that I was going to be surrounded by people who were experienced & smart. I wanted to be able to learn from them… I have learned a great deal about a number of things.

AS: Things were quite funny during the first week. I was told I'm overdressed for Braintree. As I settled in, things started to make a lot more sense. I could start seeing why I was hired and how the job description I initially had during the recruitment made sense.

RY: My excitement was pretty spot on.

What has been most surprising about your internship with Braintree?

AR: How much I was able to contribute.

AS: How my project could make a direct impact in the way we do business and actually help Braintree. And that I was treated as an equal, and not just an intern.

BLC: That I would be valued as a full time employee, both in my work and my opinions.

MS: [The Products team] has a very flat hierarchy, which I did not expect, being aware of how large a company this is, so to see the fact that the team here strives the hear everyone’s opinion, and all opinions are welcomed… is really refreshing.

ZL: How fun the office is.

SV: How casual everything is.

BLC: After Braintree, it’s going to be hard to go back to other companies.

If you could give one piece of advice to someone interested in a similar internship, what would it be?

RY: Sign up for and go to everything. My advice is to put yourself out there and take advantage of this safe environment while it lasts.

AS: Don't be afraid to be stupid, it’s a good thing at our age.

SV: Don’t be afraid to jump in and start asking questions… you’re an intern, you’re allowed to mess-up.

AS: When in doubt, always ask.

MS: Don’t just ask questions, but actually be honest with your manager if something is difficult. ‘Cause that’s one of the hardest things, because you’re supposed to be the awesome intern who can do anything. I think one of the most effective things I’ve learned to do is just being very clear with my manager when something’s hard for me.

BLC: I think being able to say “I don’t know” is the most important.

RY: I reached out to one of the designers at one point thinking I wasn't doing enough to prove myself, and he told me that during the internship, it's not all about what you can do for Braintree. It's also what Braintree can do for you.

RB: Don’t underestimate the contribution you can make to your team, and don’t fall into the trap of seeing yourself as “just an intern.” You’re here for a reason, and everyone wants you to learn and succeed.

AS: It’s a learning experience. Not that they don’t expect you to give back a lot, but take away more.

If you had to describe this internship in one word, what would it be?

So there you have it: an oral history of our 2015 internships. Thanks for coming along for the ride. And who knows? Maybe you’ll hear from us again some day. 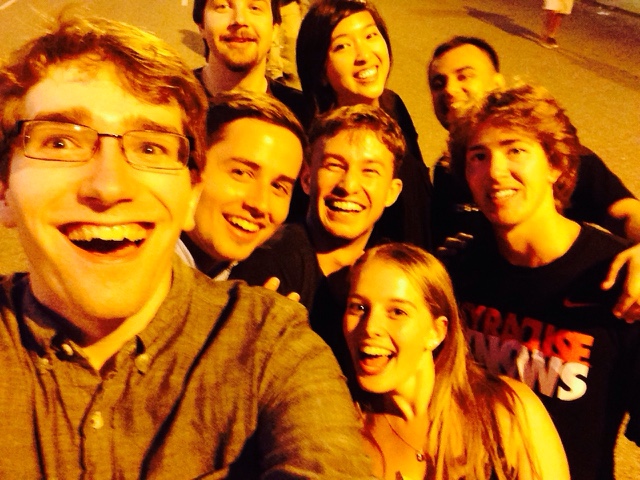