RubyConf is an annual conference organized by RubyCentral that welcomes Rubyists from around the world to discuss new ideas, collaborate, and socialize. The conference was held November 15-17 in beautiful San Antonio, Texas. This year they opened it up to a design sponsorship -- giving over control of the visual branding to the chosen crew. The project was outlined to include a logo, color palette, font choices, illustration/photography style, website, letterhead, keynote template, signage, badges, program book, stickers, t-shirts, phew!

When we heard about the opportunity from some of our own Ruby developers, it just felt like a perfect match! The 3-member visual design team here at Braintree decided to throw their hat in the ring, so to speak, and so we quickly assembled a proposal -- including a portfolio of our collective work that we felt would knock their boots off! And, clearly it did the trick, because we were soon notified that we were selected to be this year’s design sponsor. We were ecstatic.

We decided the best way to approach this would be to have each of the visual designers on the team independently create their own vision of what RubyConf should look and feel like. It was really fun and exciting to see how different each concept was. Here are the 3 initial concepts we presented to the RubyCentral team:

The flag, the seal, the Alamo and of course Ruby… All the Texas staples went into this mark. The color scheme draws inspiration from the San Antonio/Texas flag and the cool nights and hot desert days. The design is built to scale at any size and uses a simple, yet robust color scheme that adds a note of playfulness. The simple style opens itself up to iconography that could play into so many aspects of the design system like wayfinding at the conference and the website. 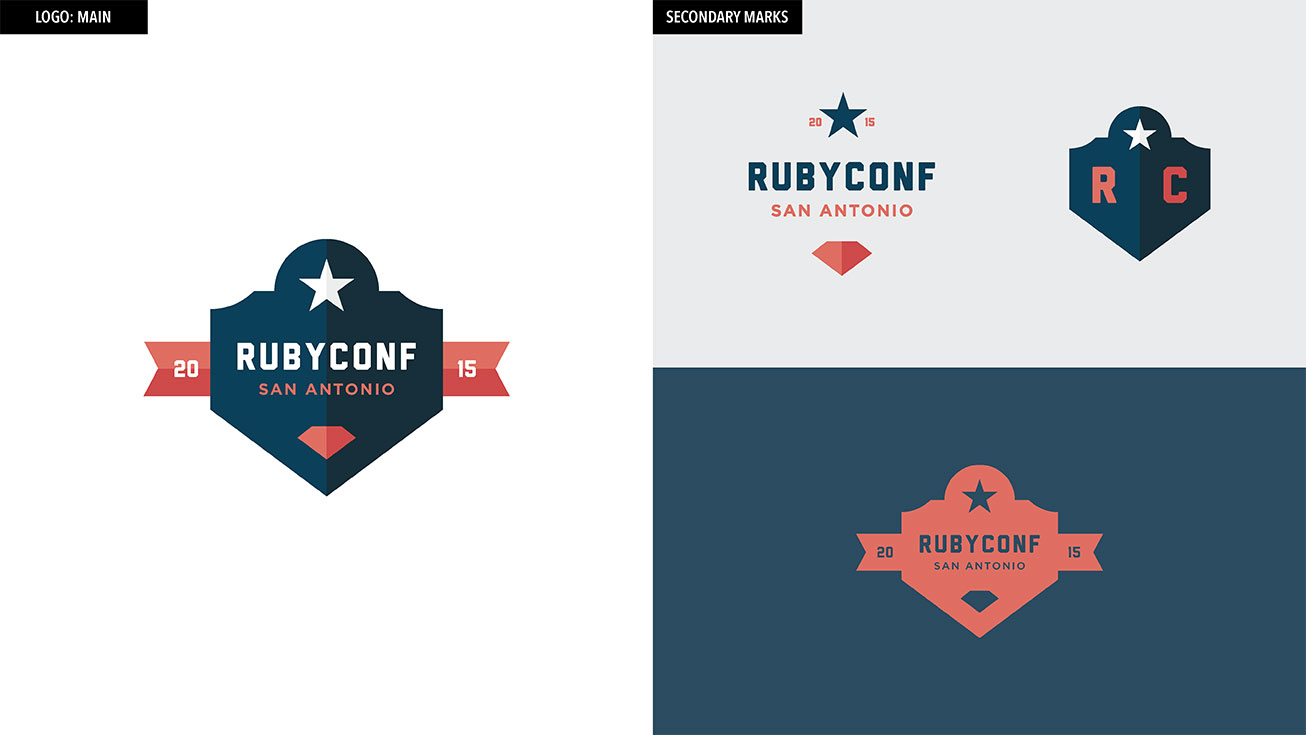 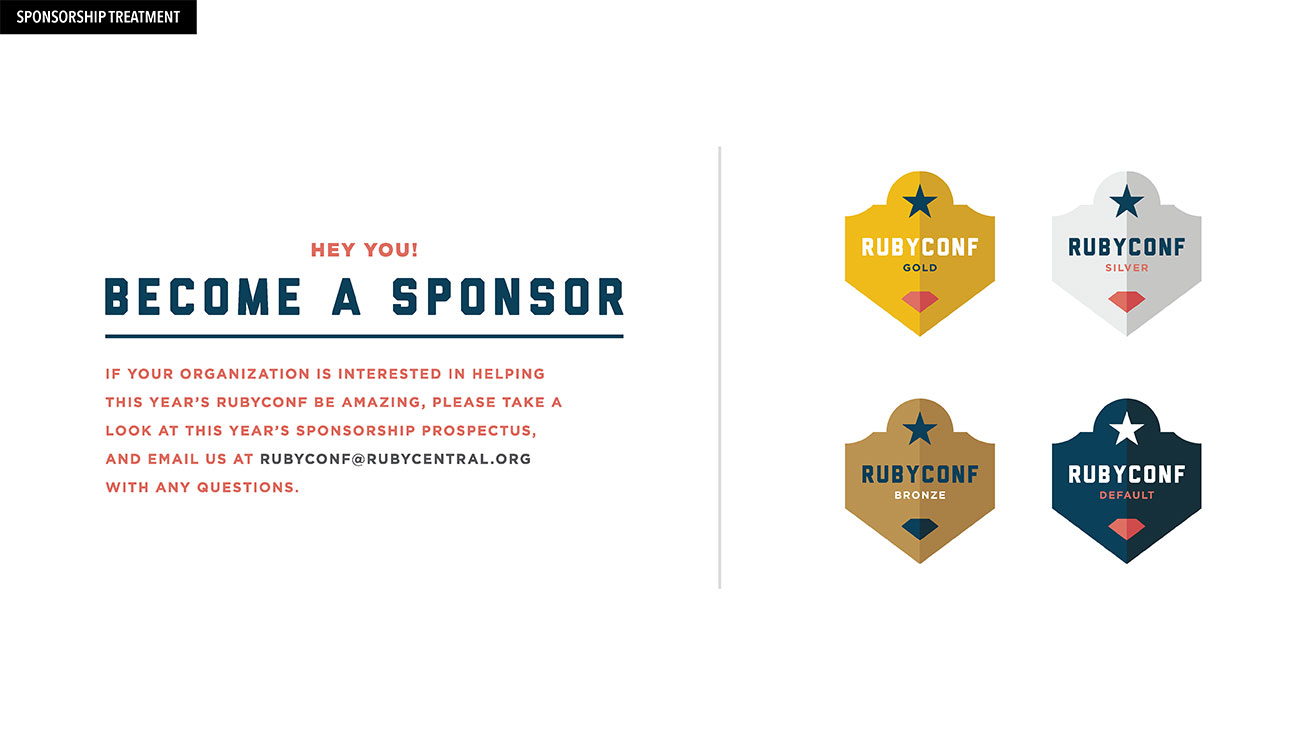 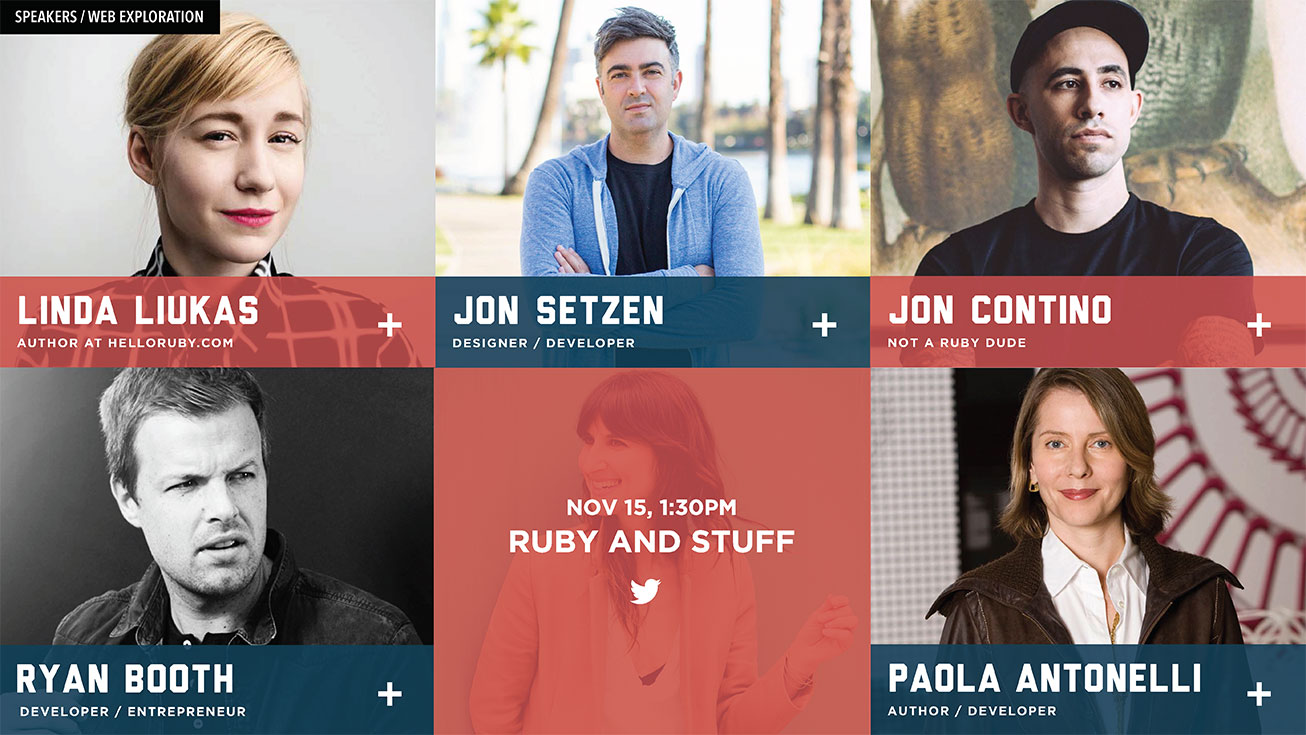 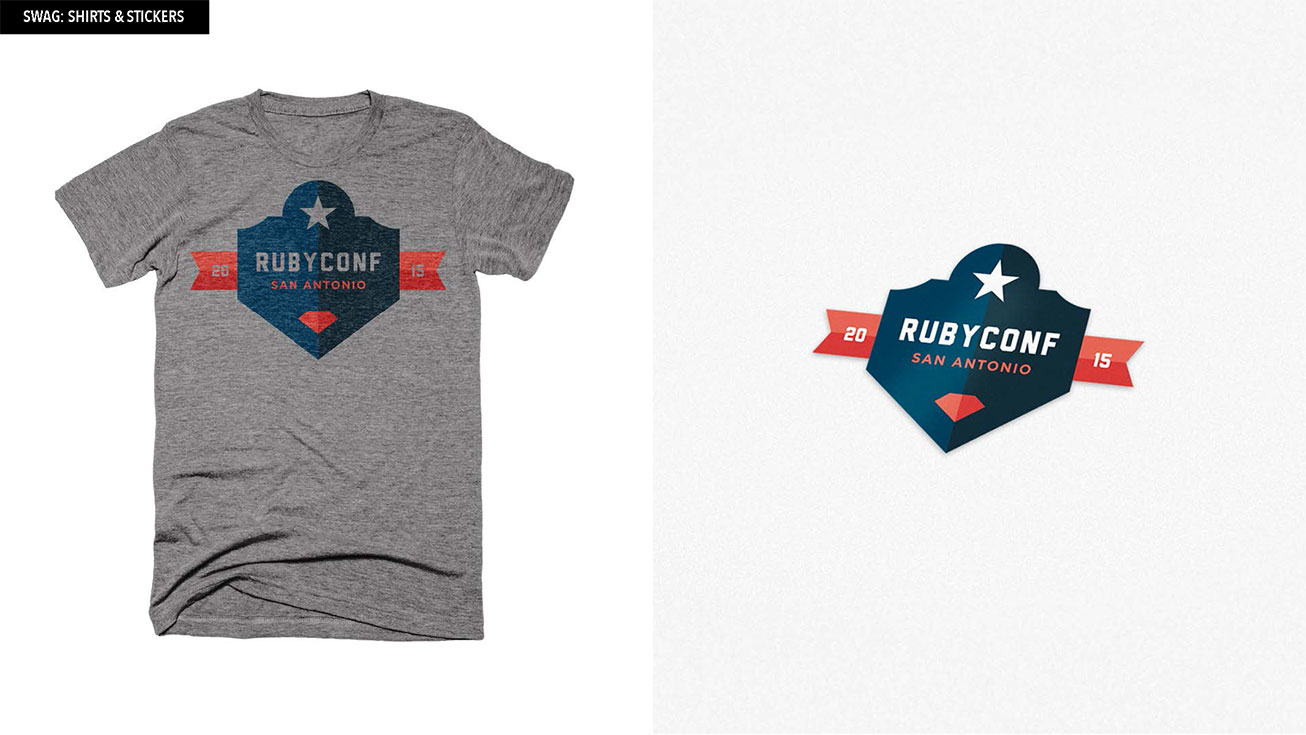 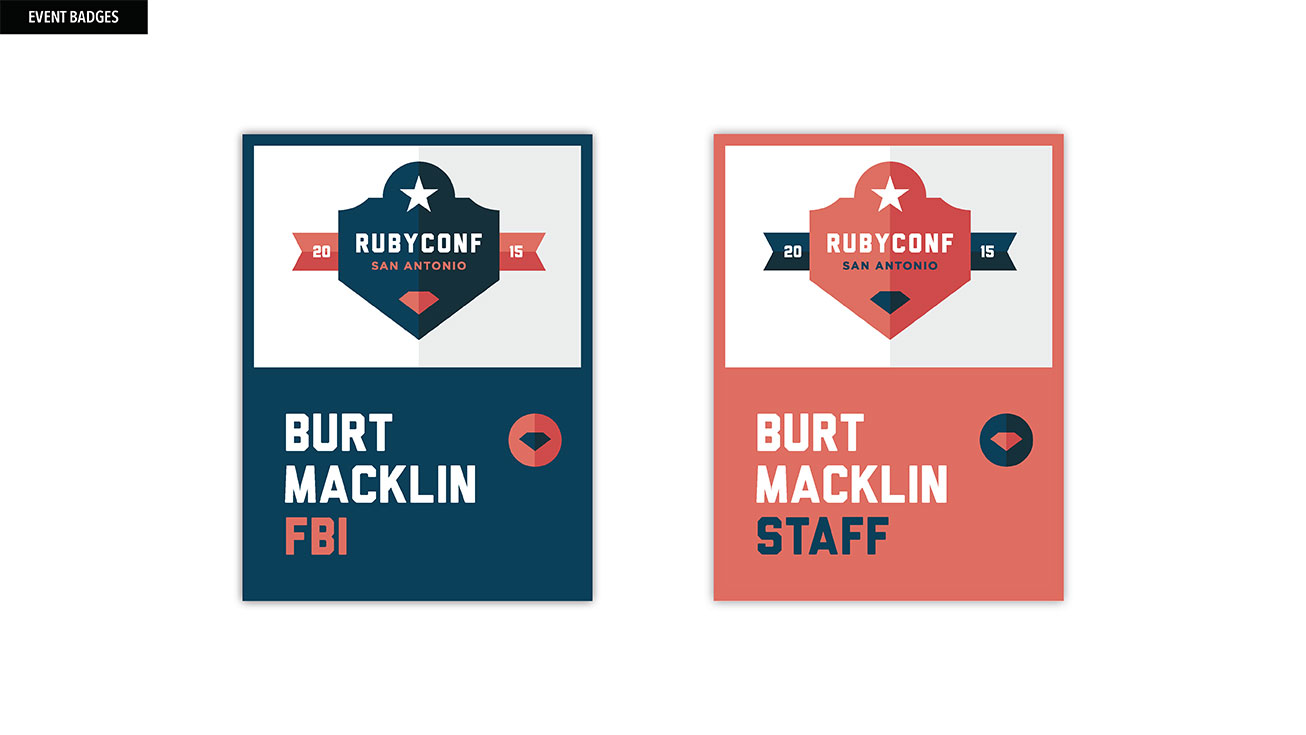 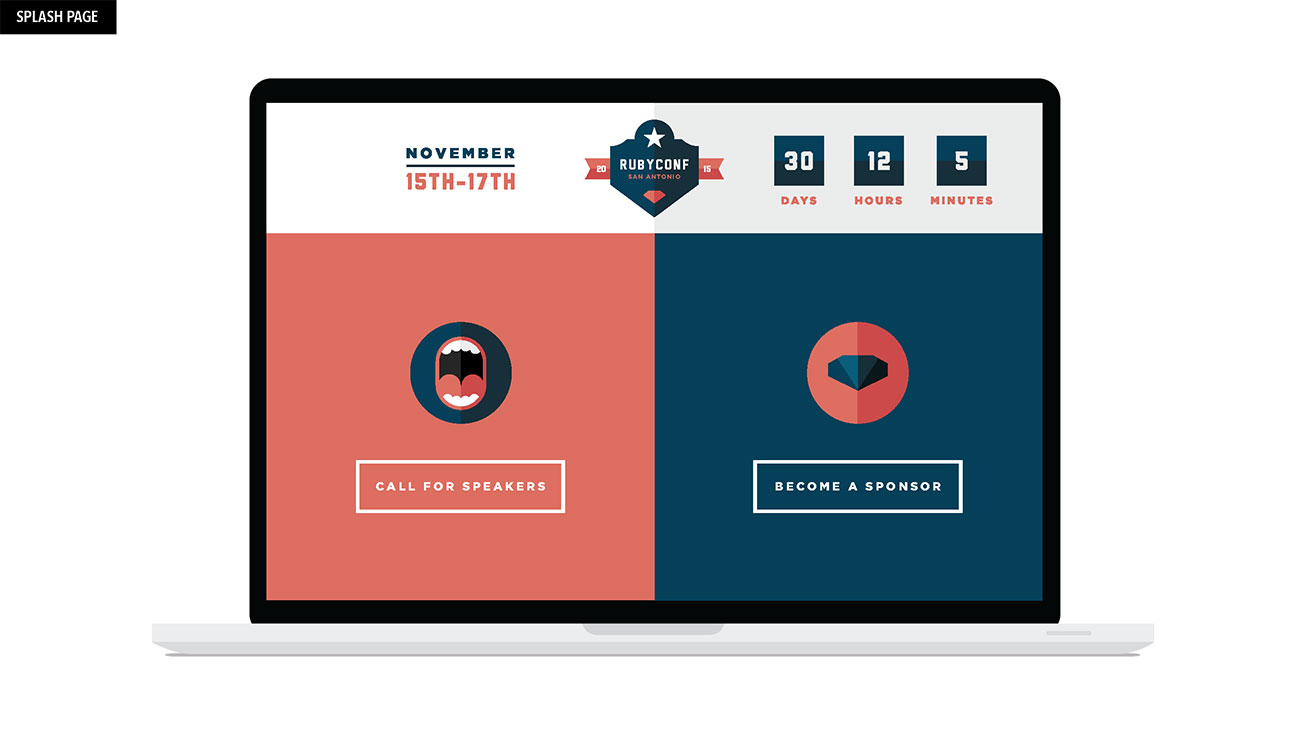 Inspired by Mexican pattern art, this concept brings a bold and vibrant look and feel to RubyConf San Antonio. The range of colors, textures, patterns, and font styles all converge to create a distinctive identity that is versatile and unpredictable. As coders from around the world come together to this city, they will be delighted by the unique mix of flavors of The Alamo City at every point of the conference. 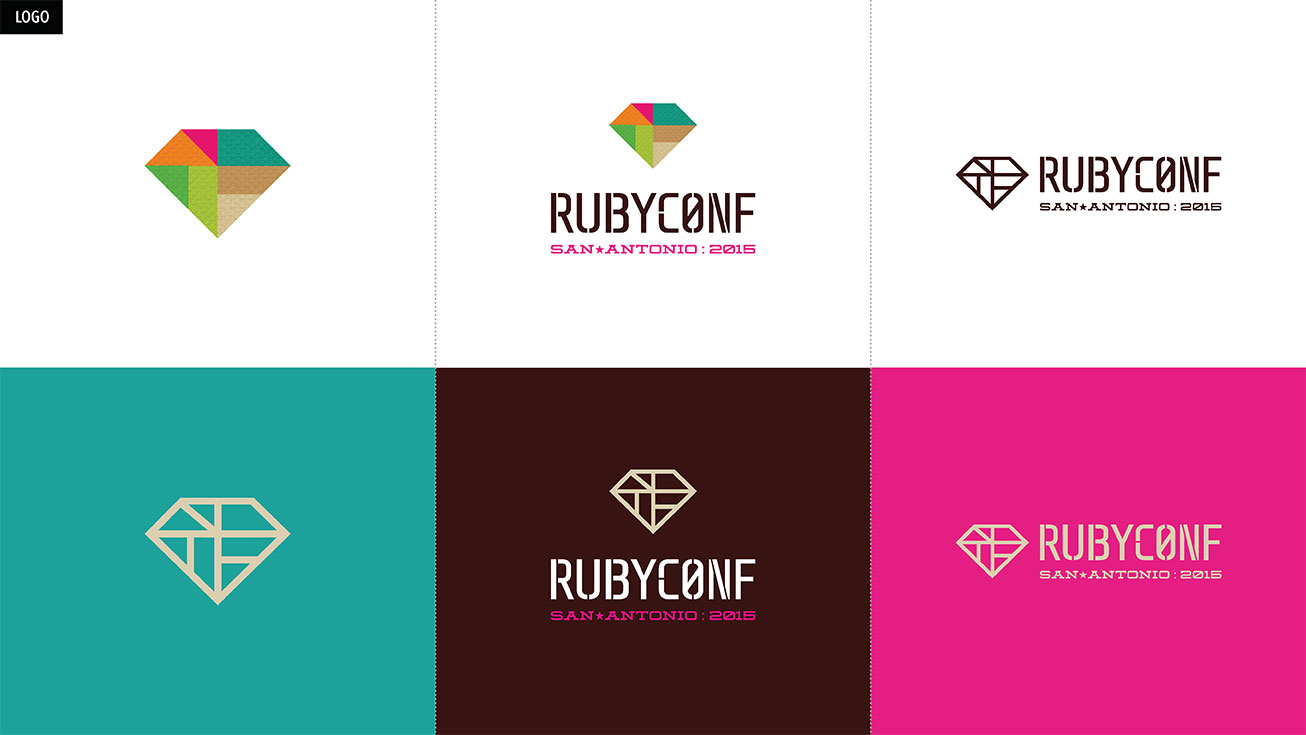 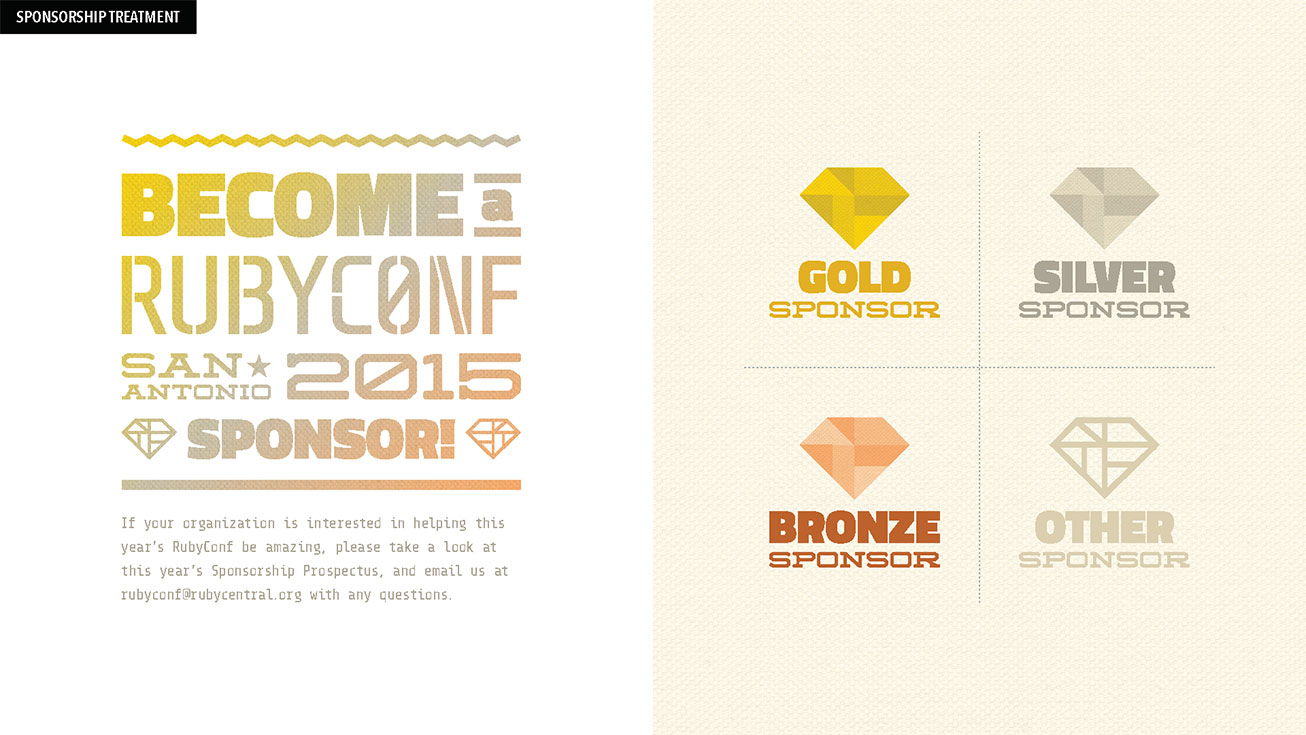 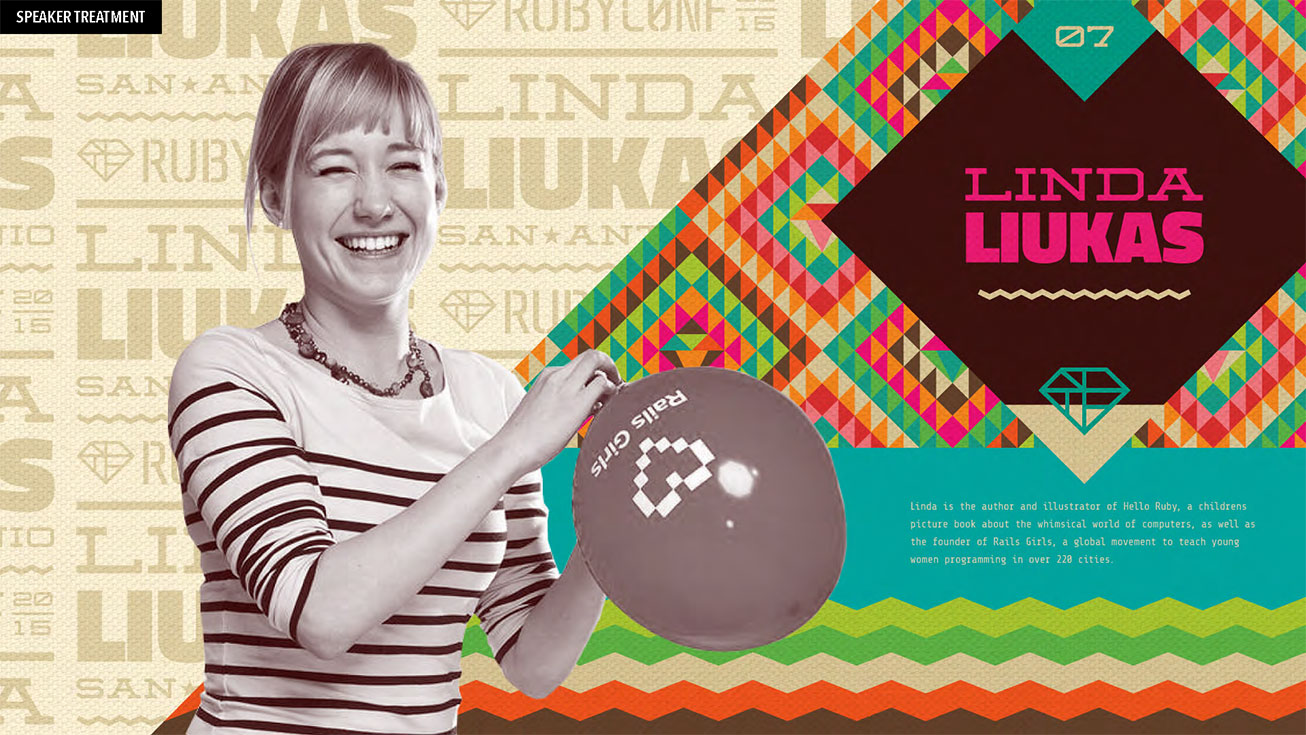 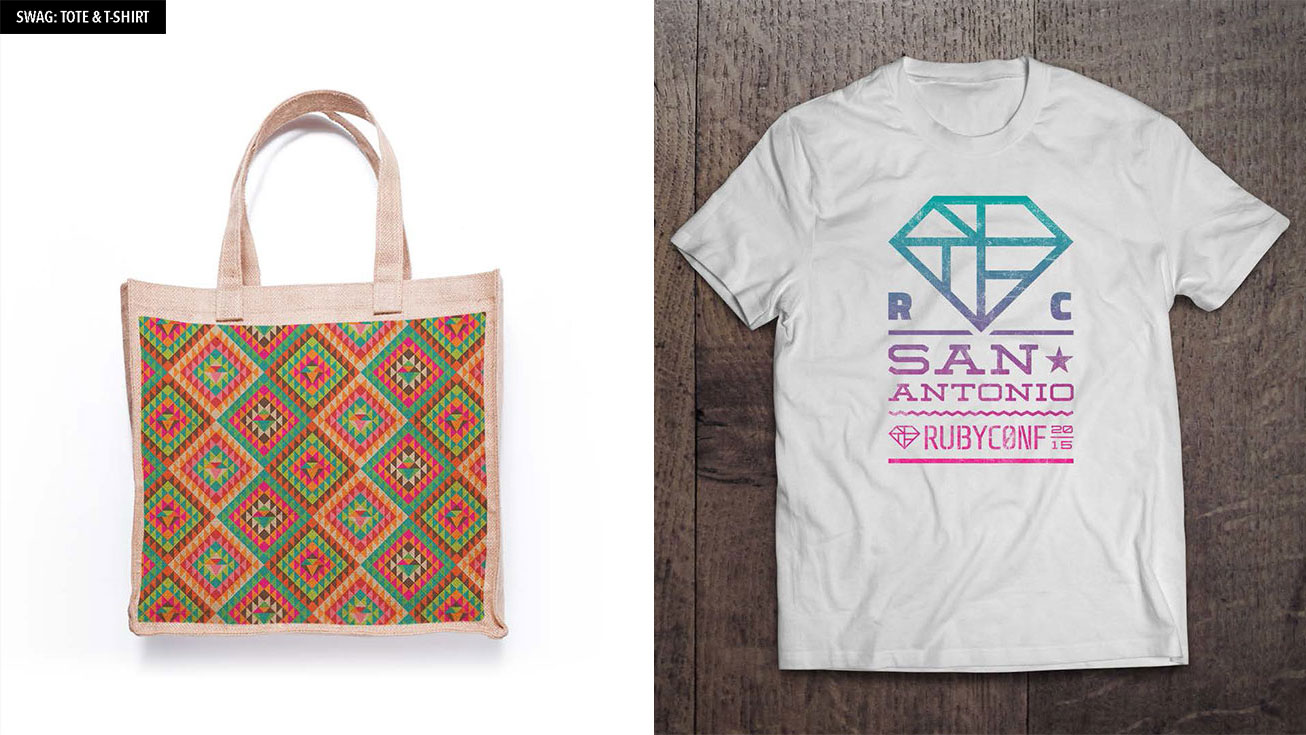 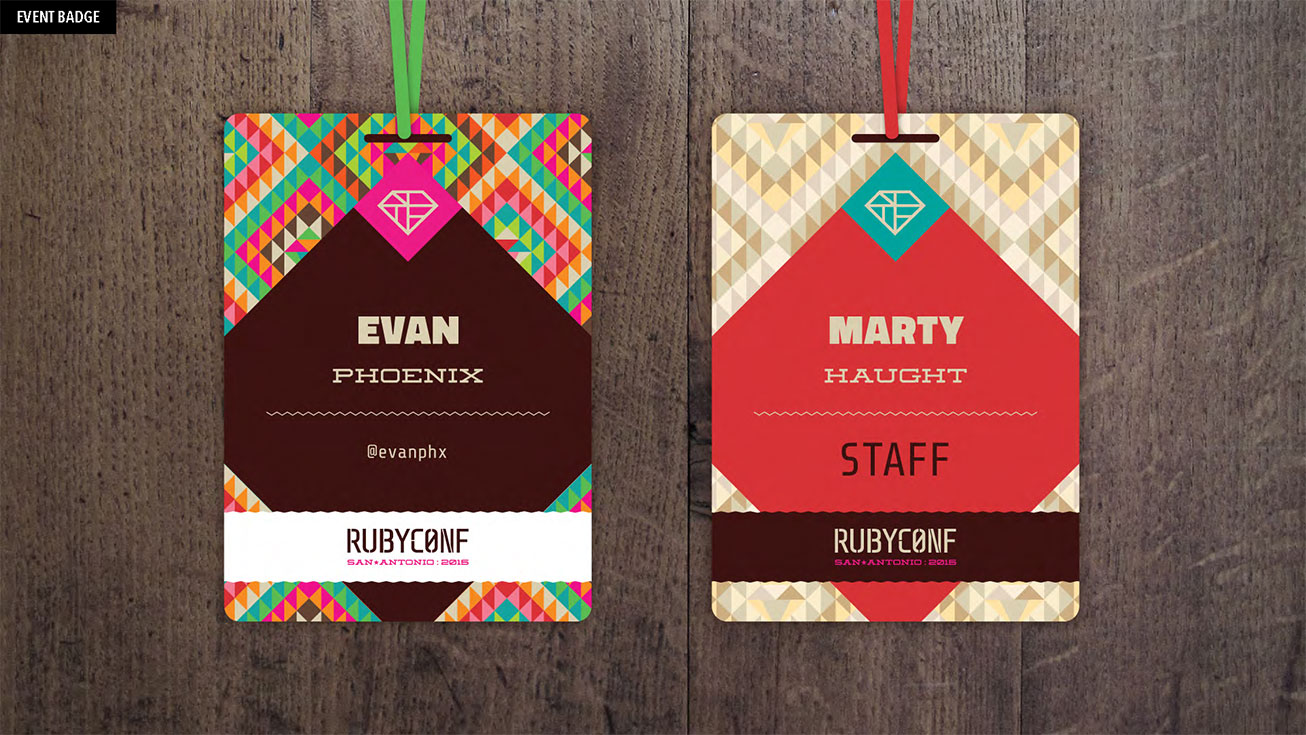 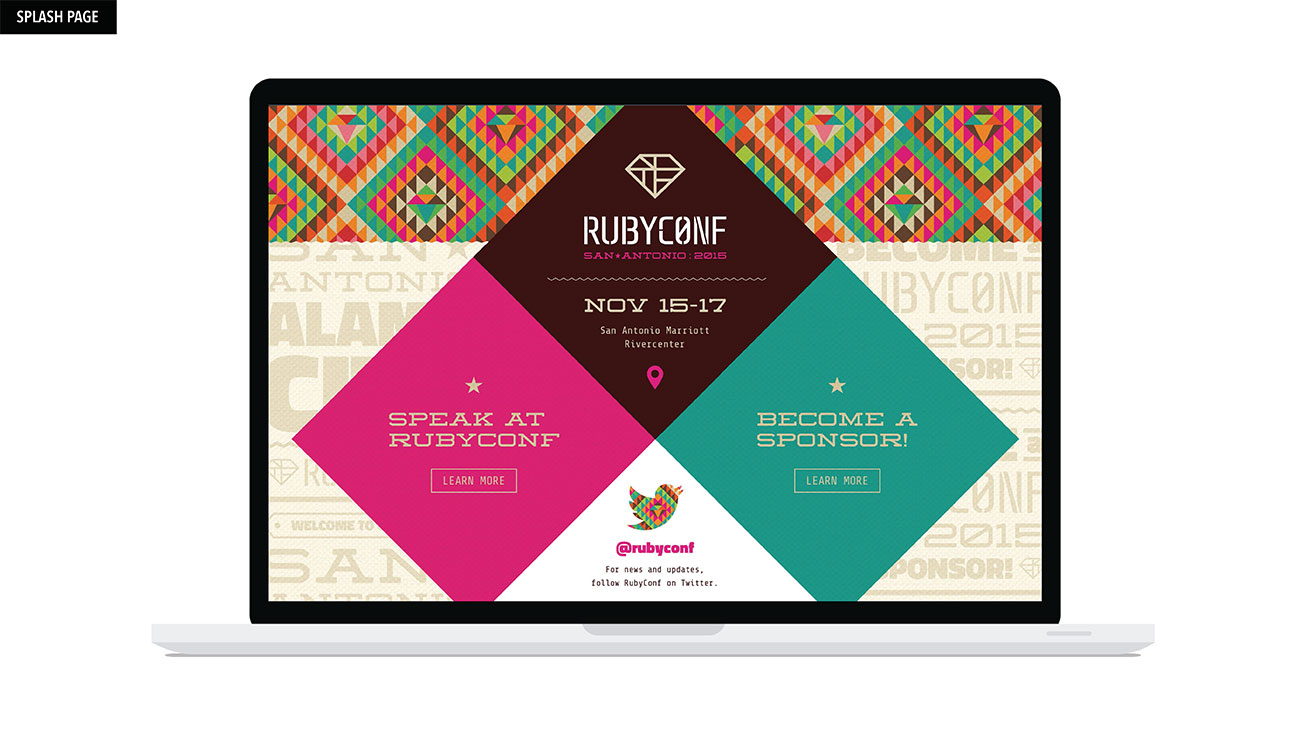 Inspired by the San Antonio/Texas flags, the old west, and Ruby itself, this concept embodies RubyConf with an all-American, bold, playful, and modern feel. With a cowboy as our logo mark and other supporting western-inspired illustrations, we give the conference personality -- which we can translate in fun and thoughtful ways across the board through speakers, sponsorship, event materials, and swag. Additionally, we are able to incorporate our theme in the way we communicate through western slang. 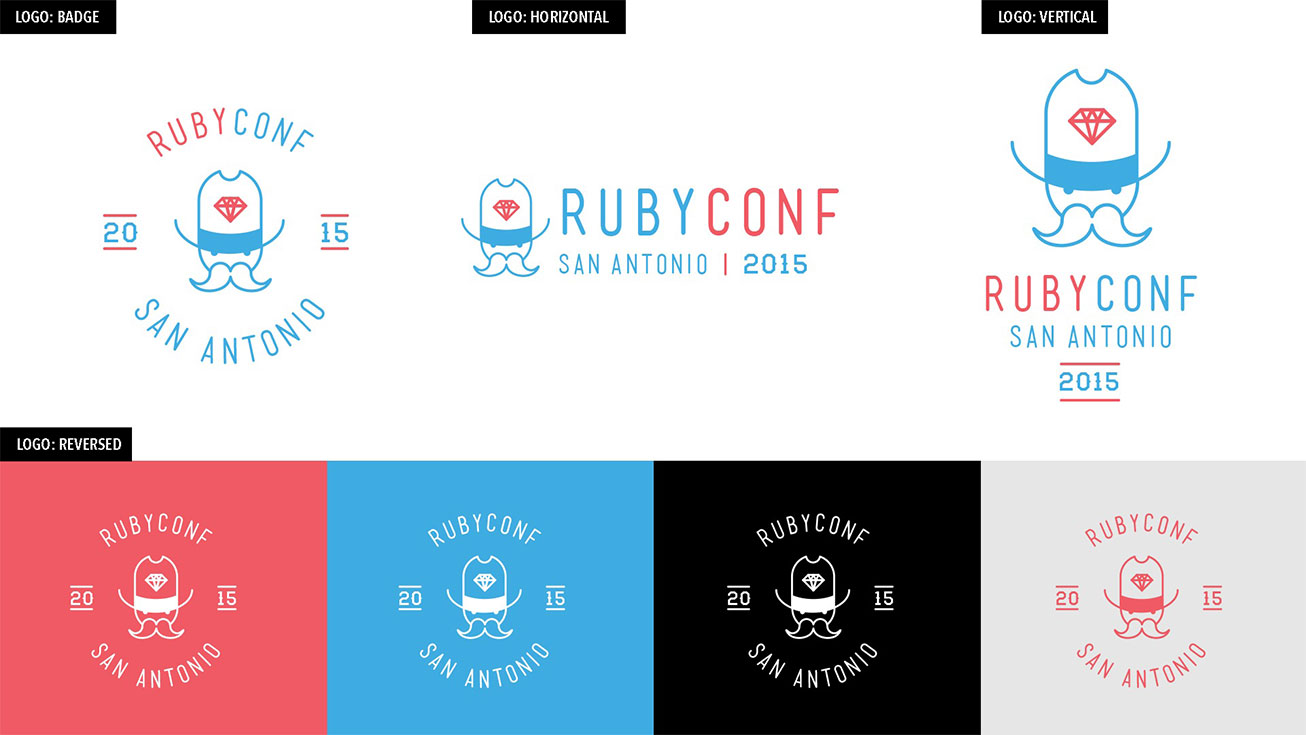 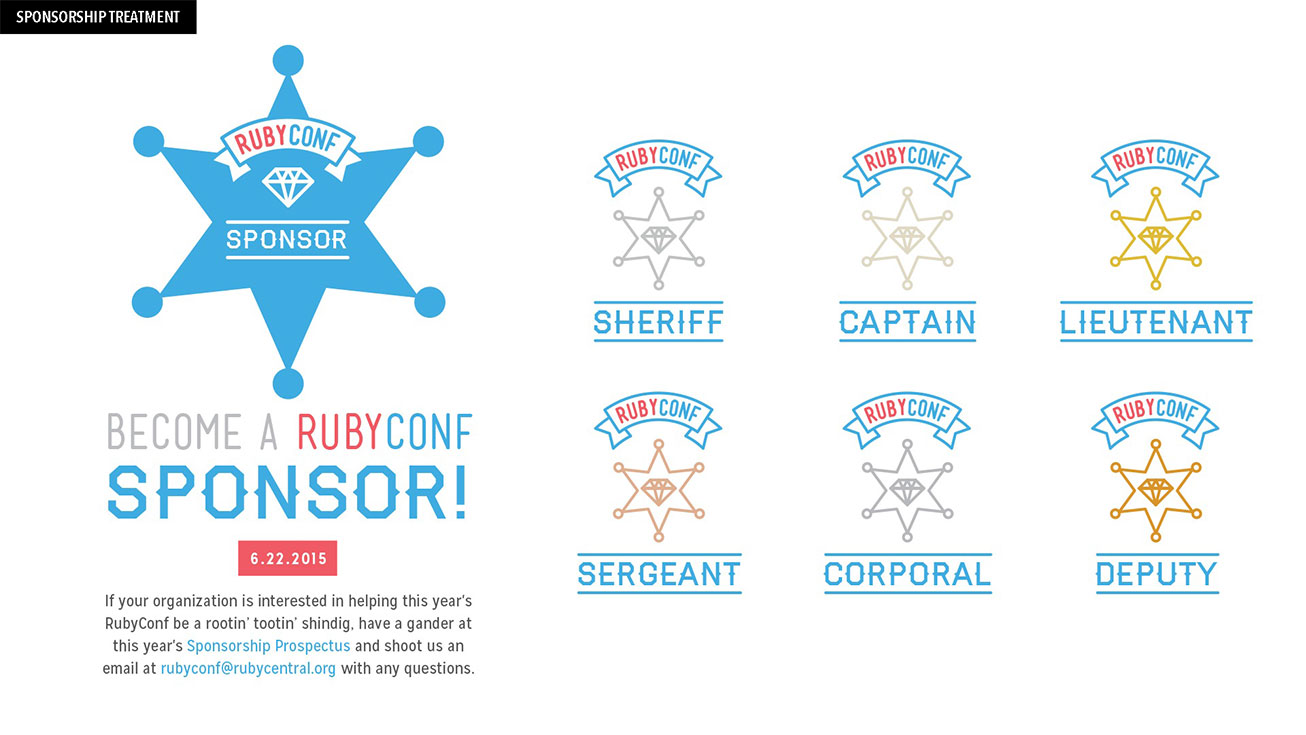 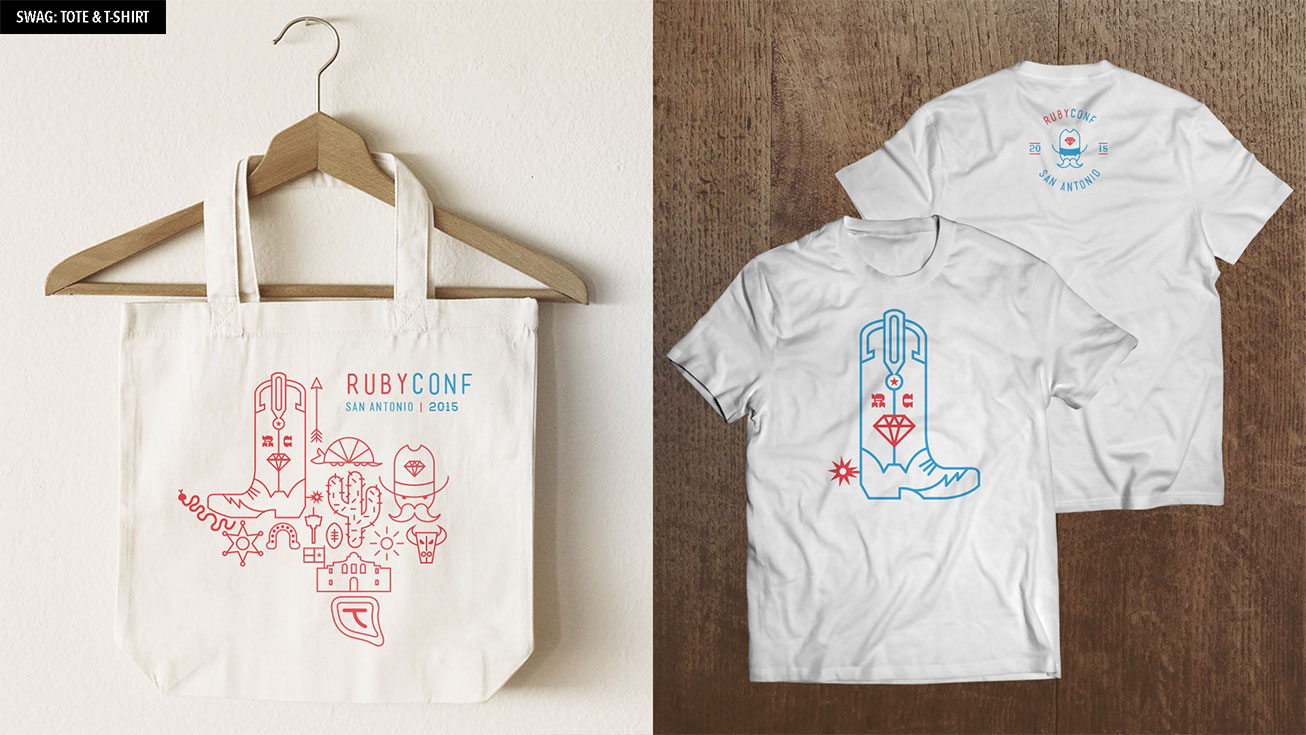 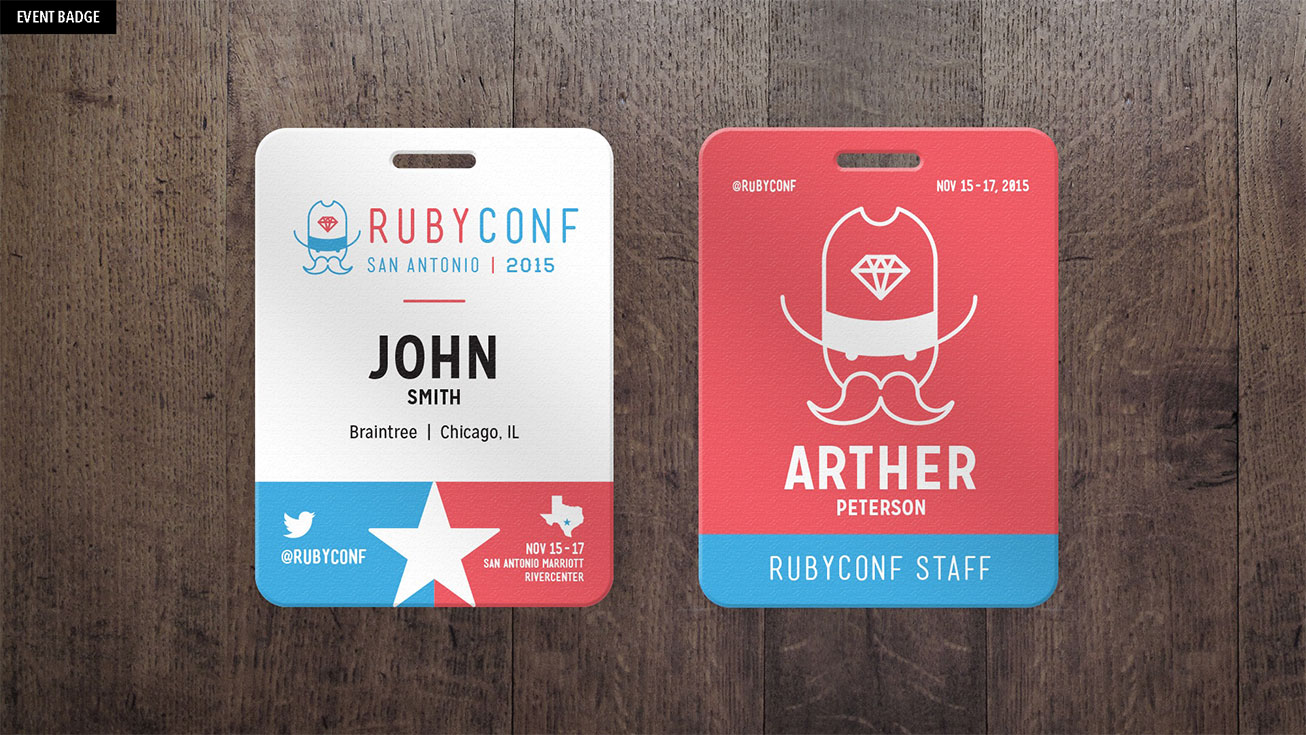 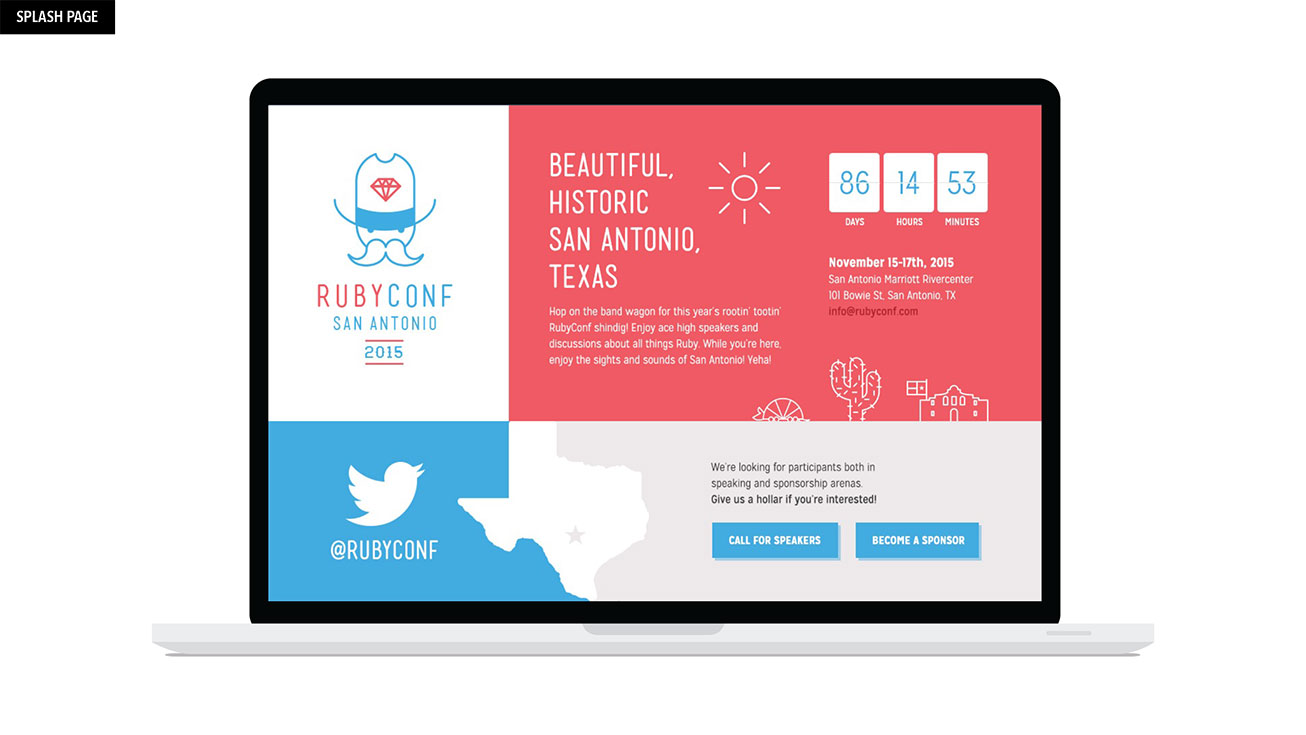 We presented the 3 final designs to the RubyCentral team, and they selected Western Slang because of the playfulness and unmistakeable Texas feel. We divvied up the work, and the result was a unique system across all assets that still brought each of our skill sets to light. 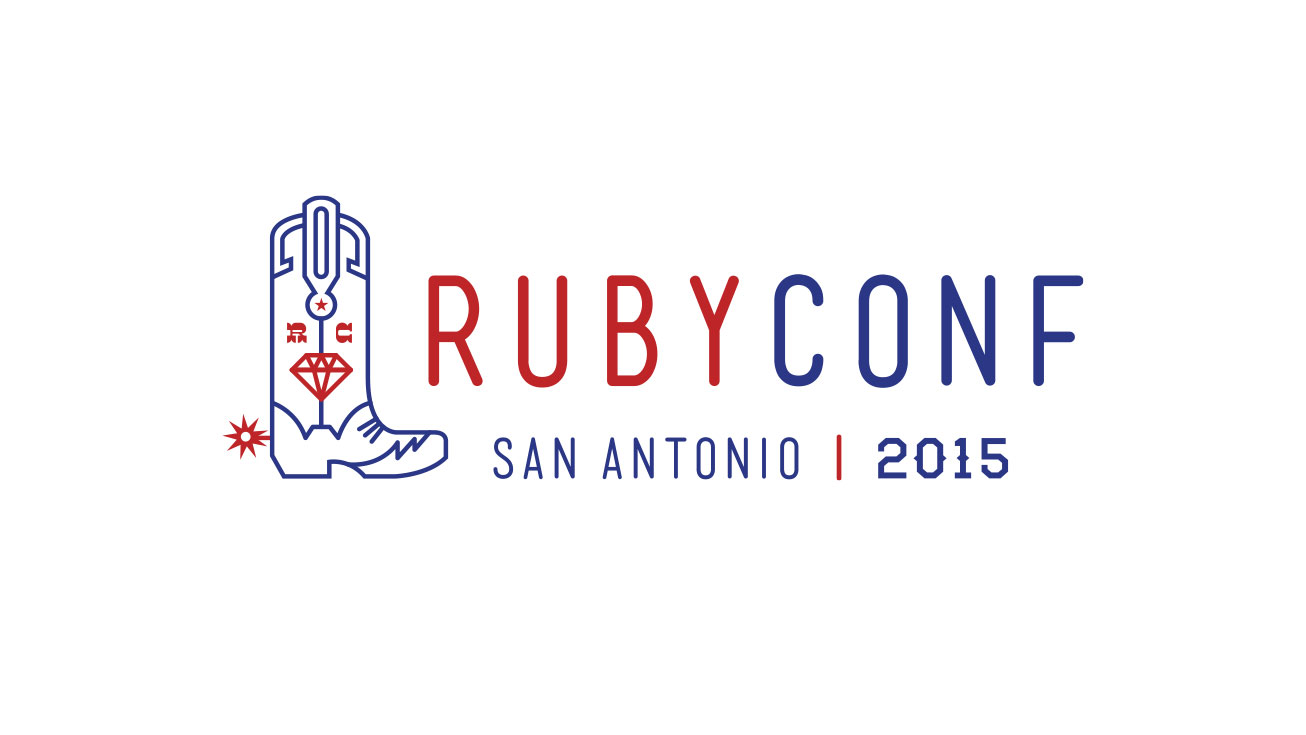 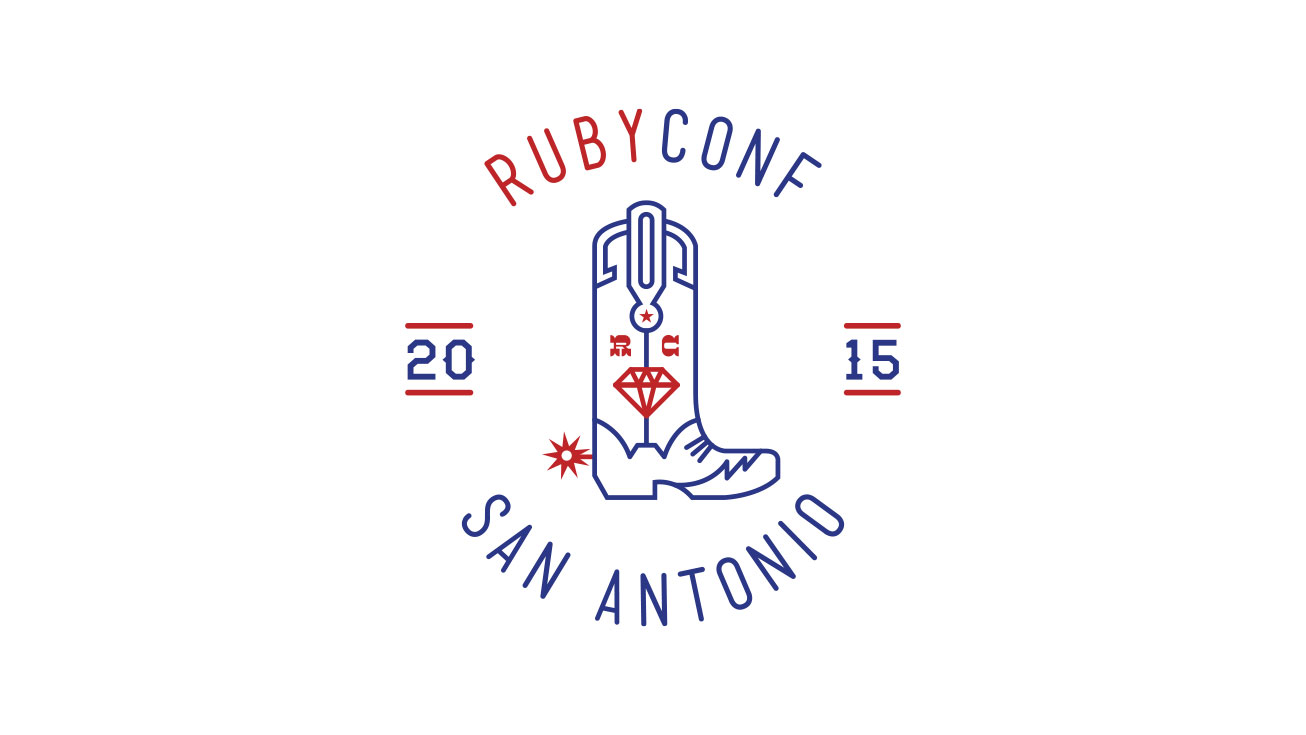 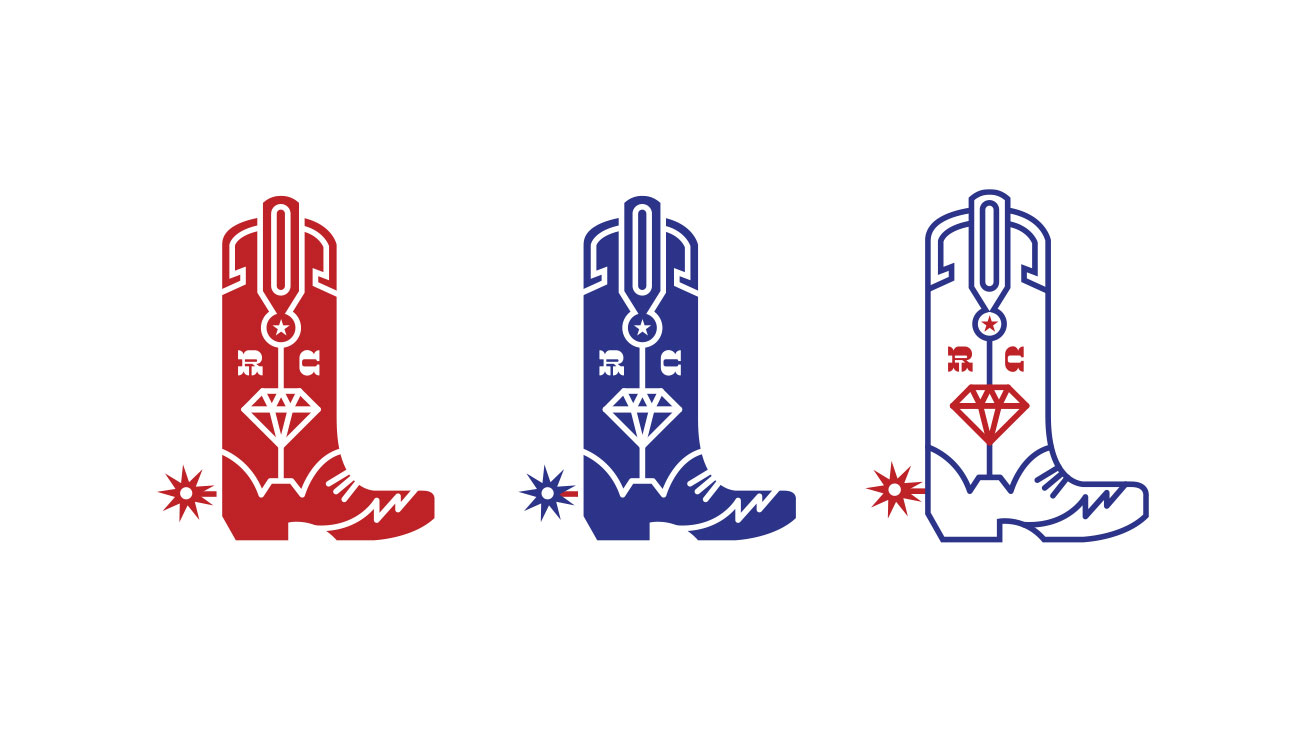 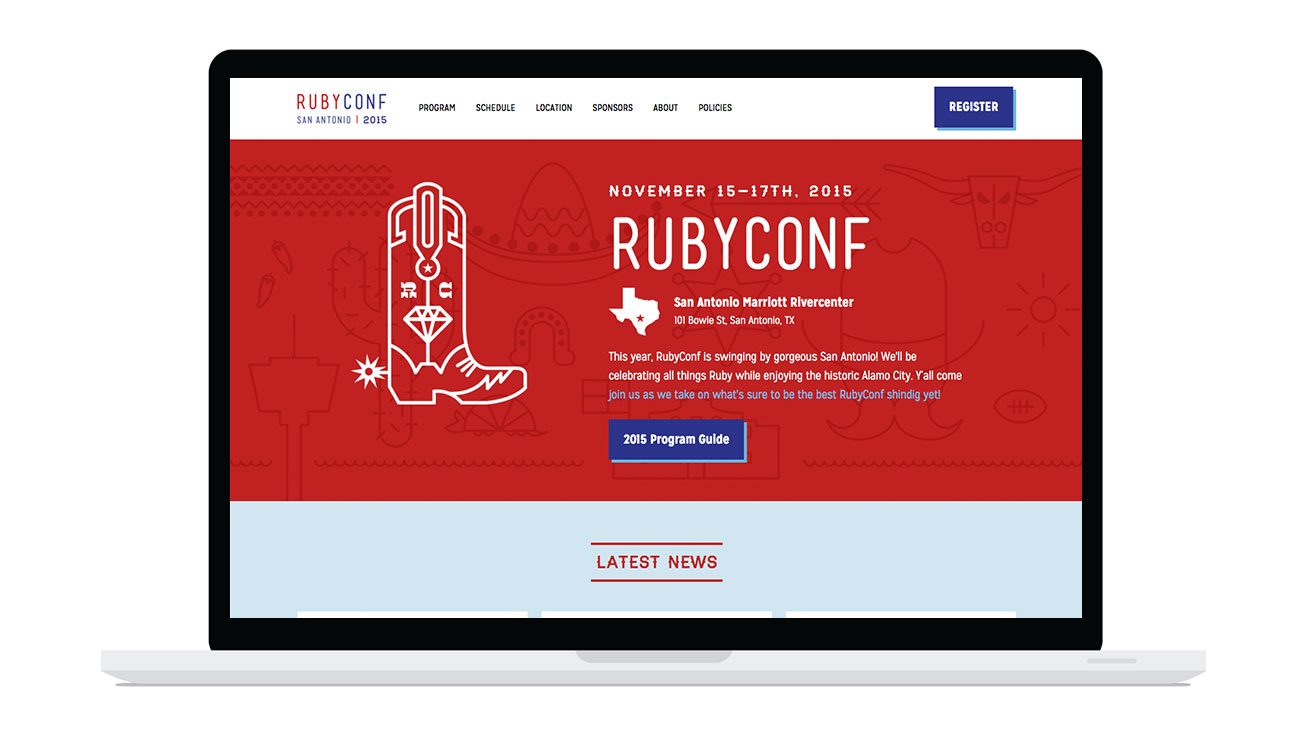 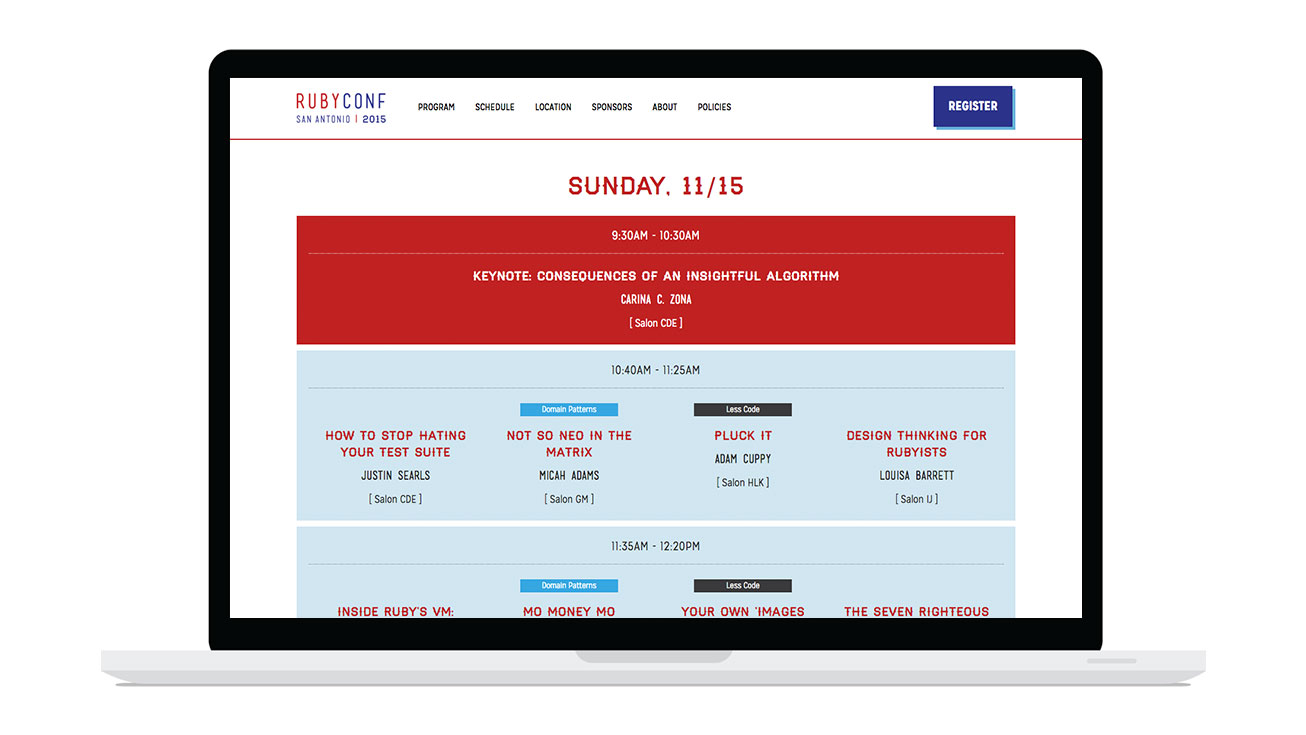 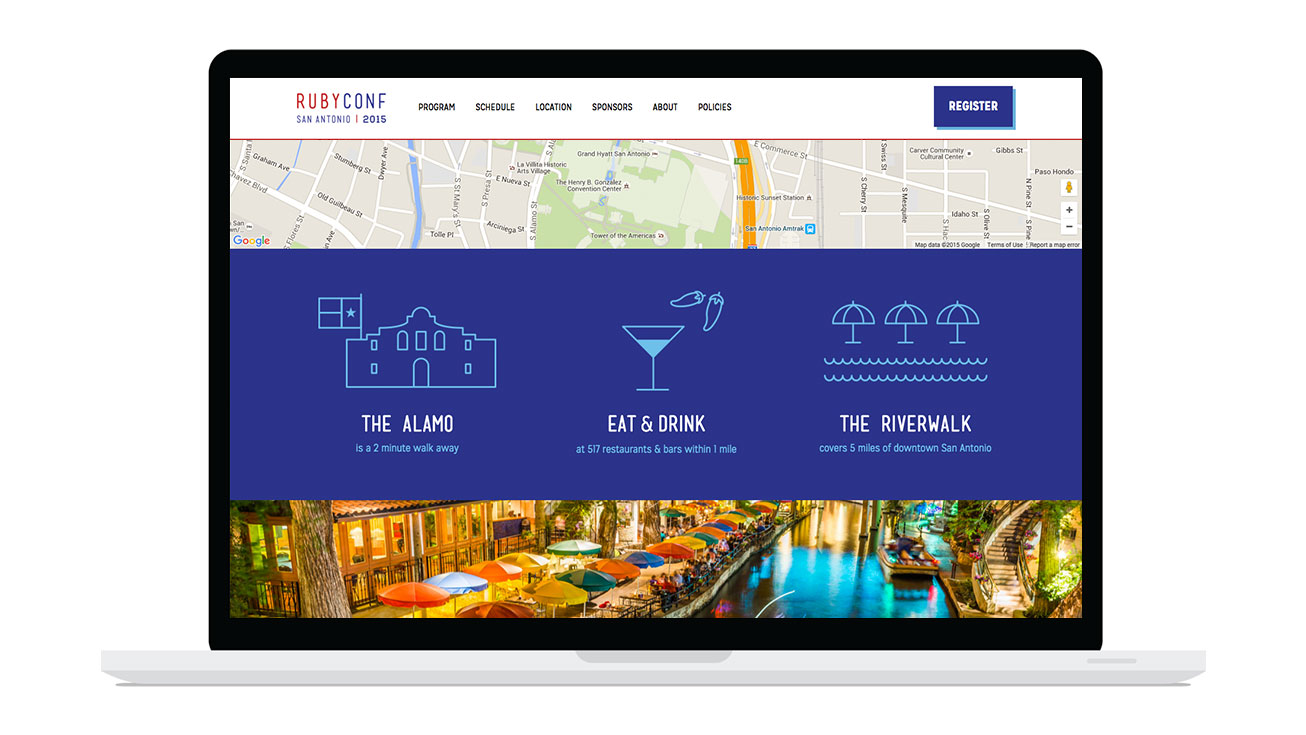 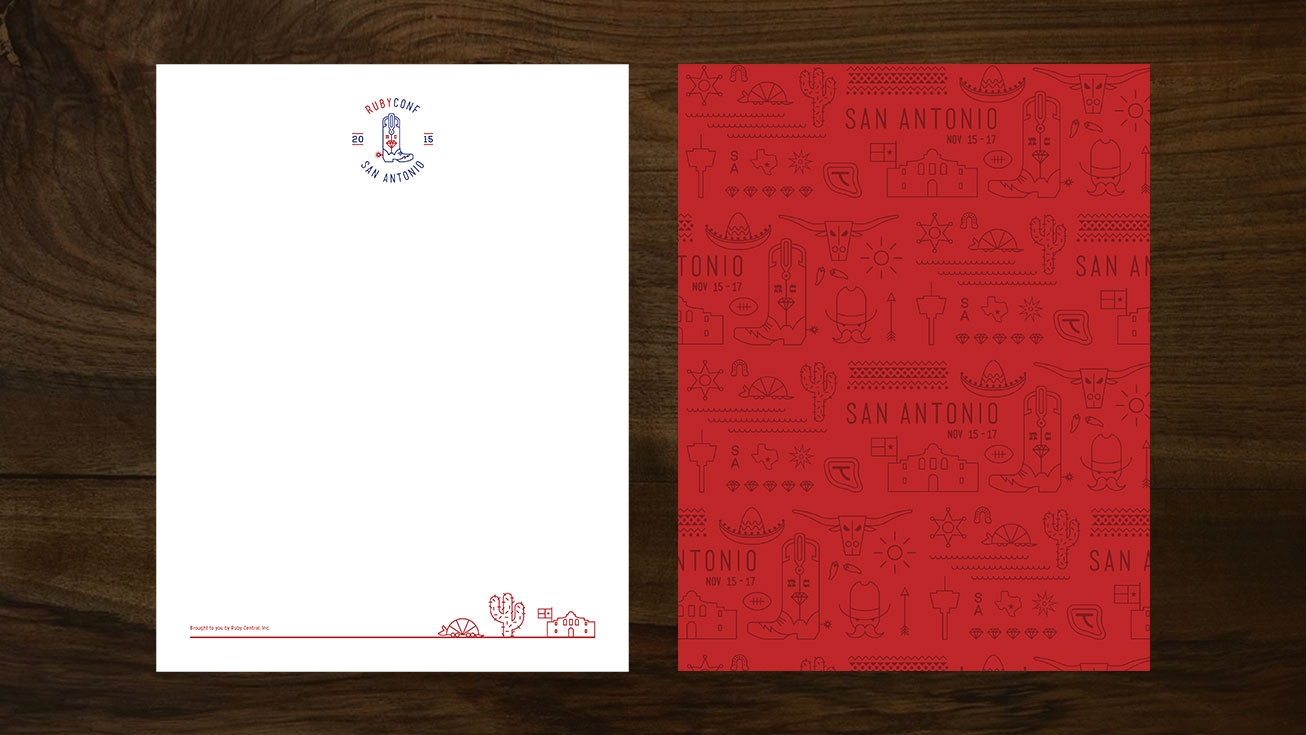 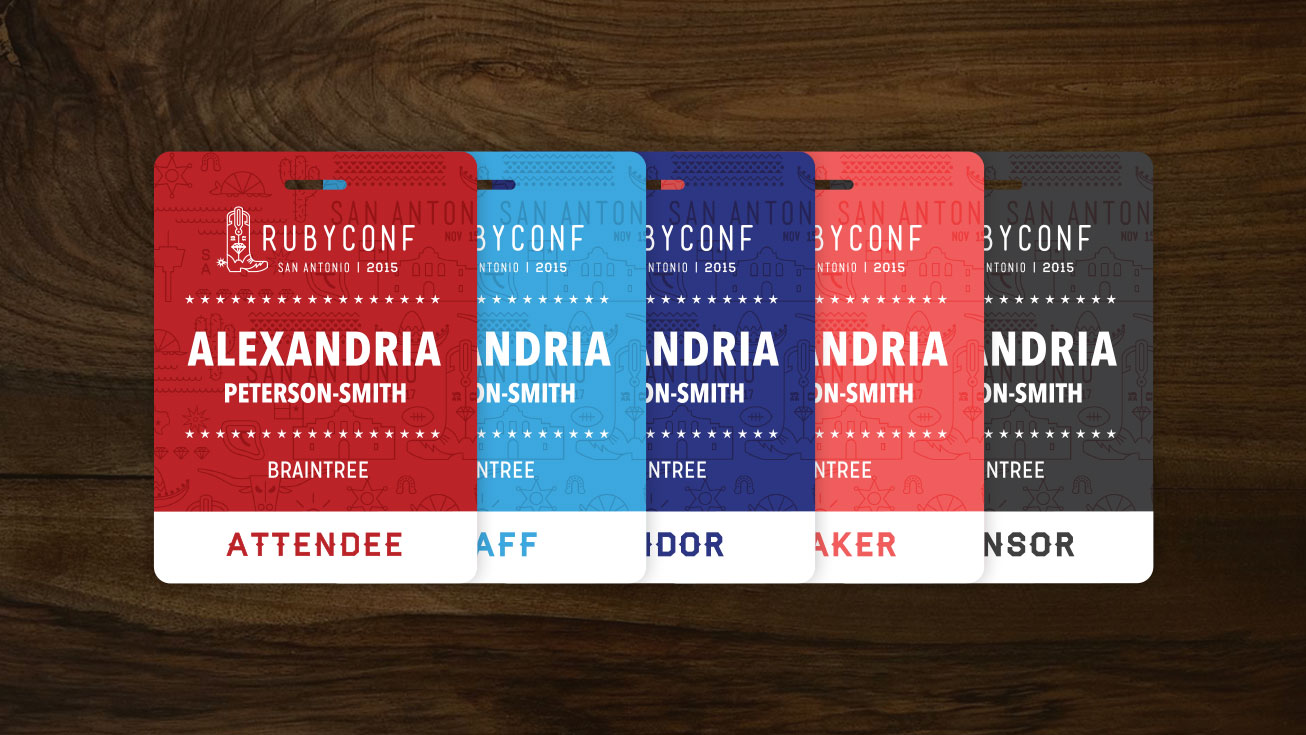 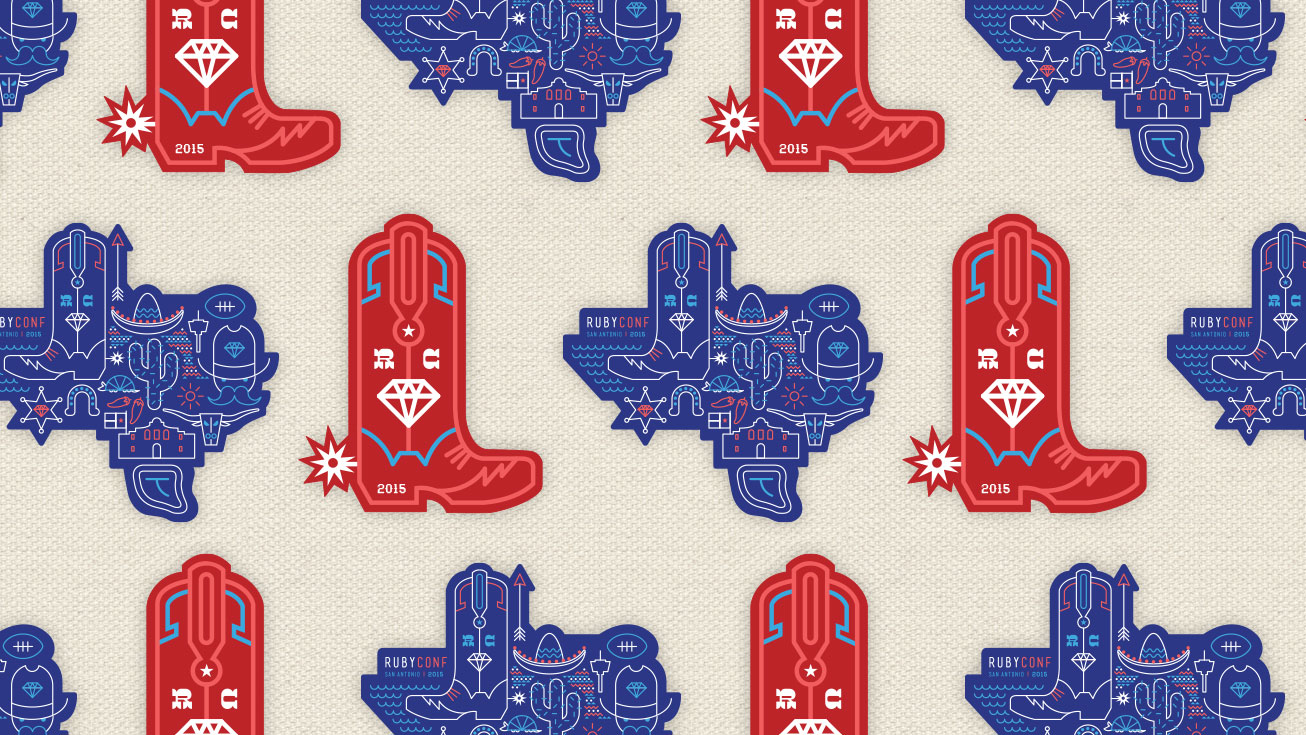 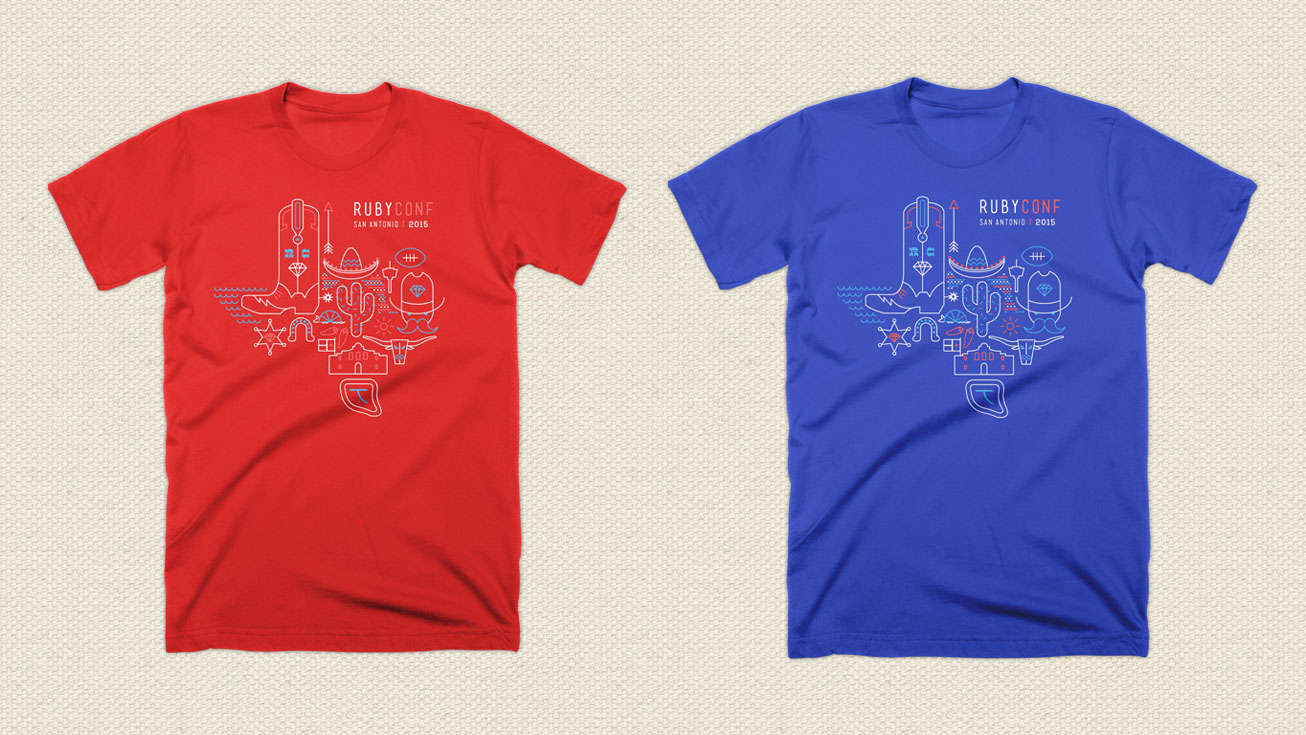 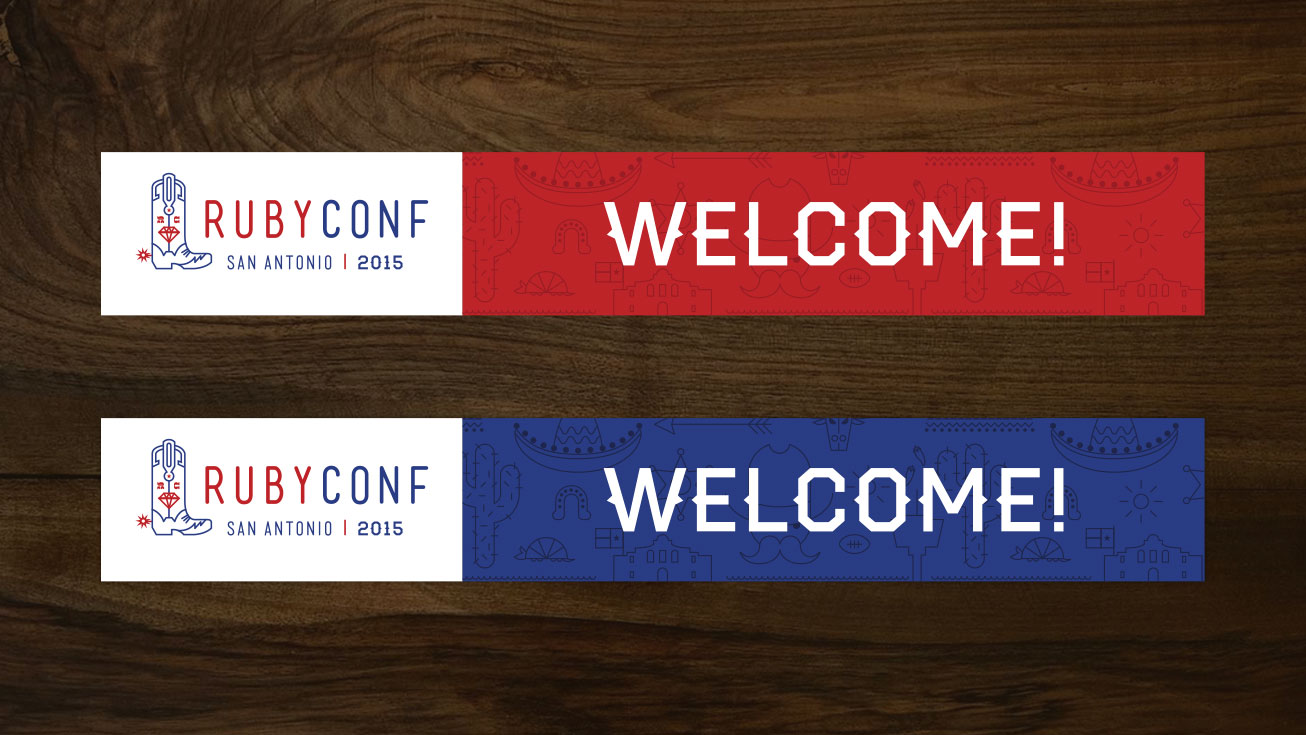 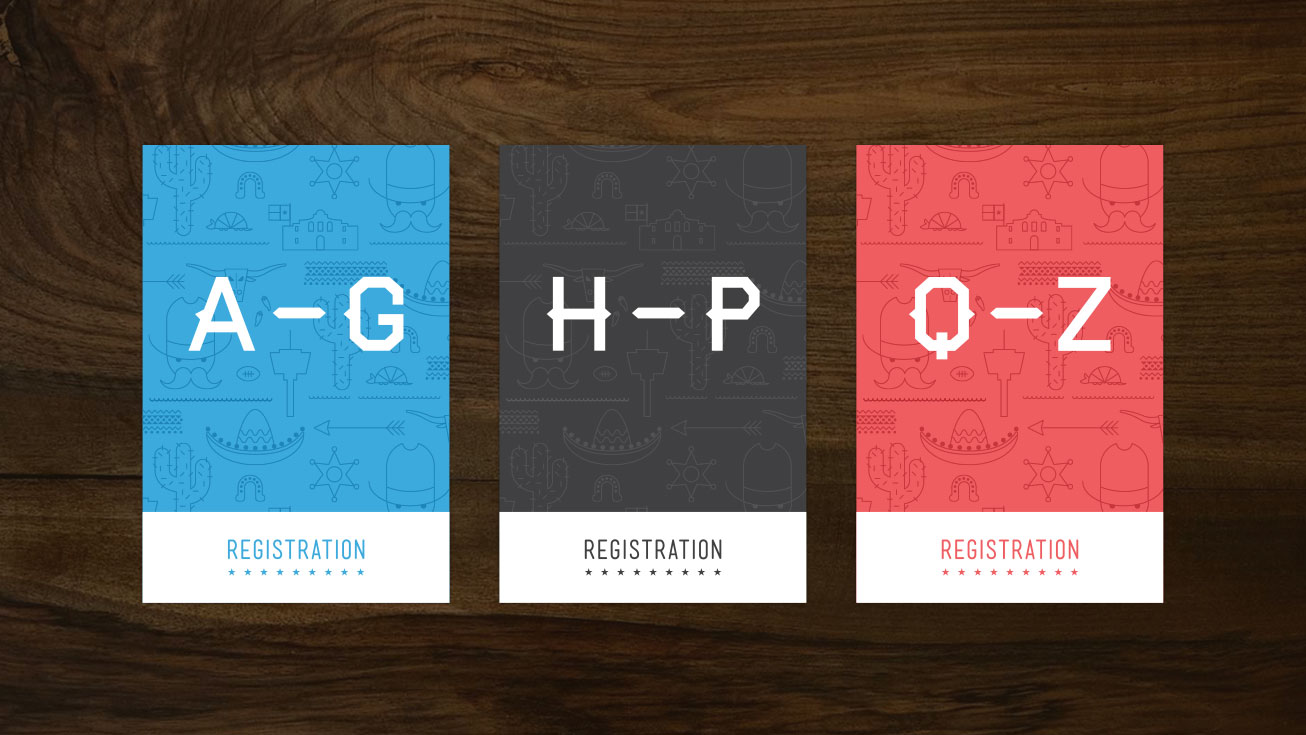 Giving back through design

It was definitely a challenge to take on such a large project with so many moving parts that spanned print to front-end development, to small stickers and large signage systems. The coolest part was contributing to the developer community through design. And because there was compensation offered, we were able to donate it back to the conference -- funding travel and providing scholarships for students, women, and other underrepresented groups in the technology sector. We’re so privileged and proud to have been able to contribute in this way and actually see it make a difference. 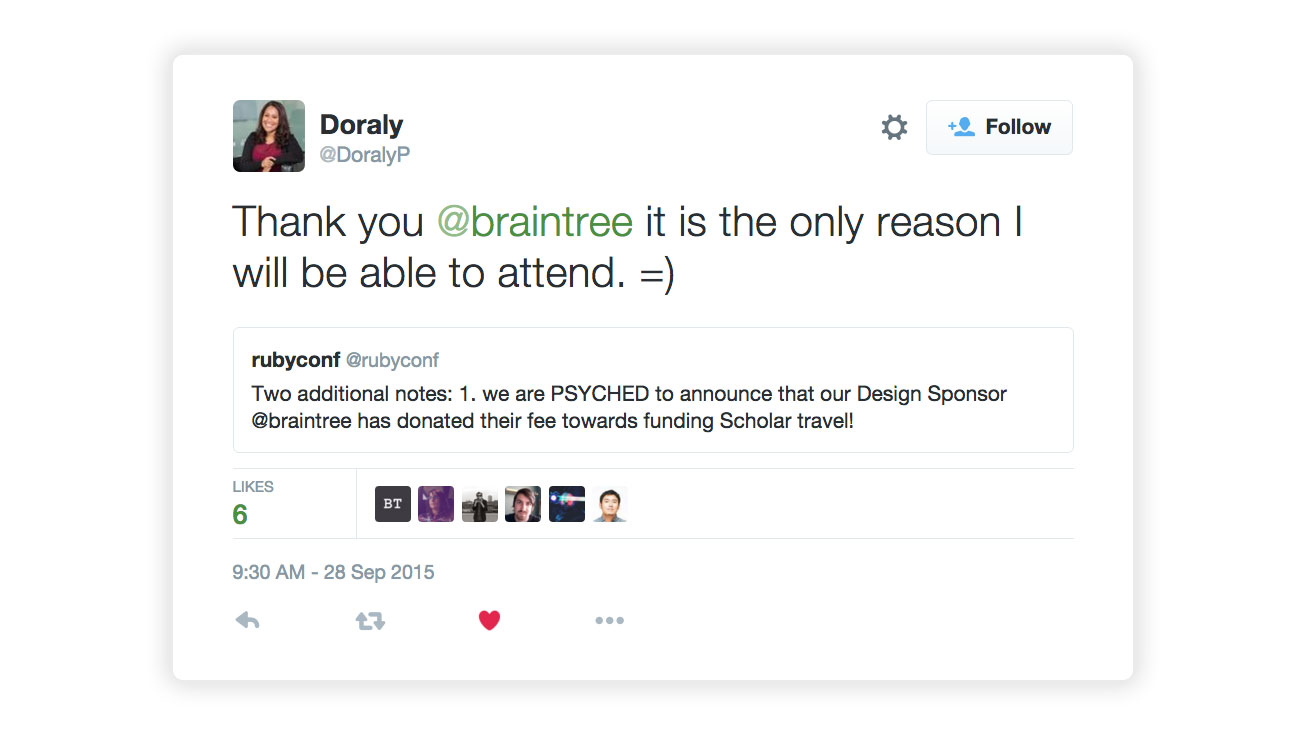 Learn more about RubyConf at: http://rubycentral.org/

***
Brand Design Team We are Lauren Okura & Paul Maeda. We don't just make things pretty. We design to communicate, problem-solve, inspire, & delight. No matter the project, we do it with Braintree love. More posts by this author