Braintree joined forces with Singly to throw our first hackathon ever. We loved it. It was a great success! Our office was filled with about 100 attendees who broke into teams to hack new ideas. Teams ranged from 1 person to 10 people per group. One team from University of Chicago even brought their professor along! 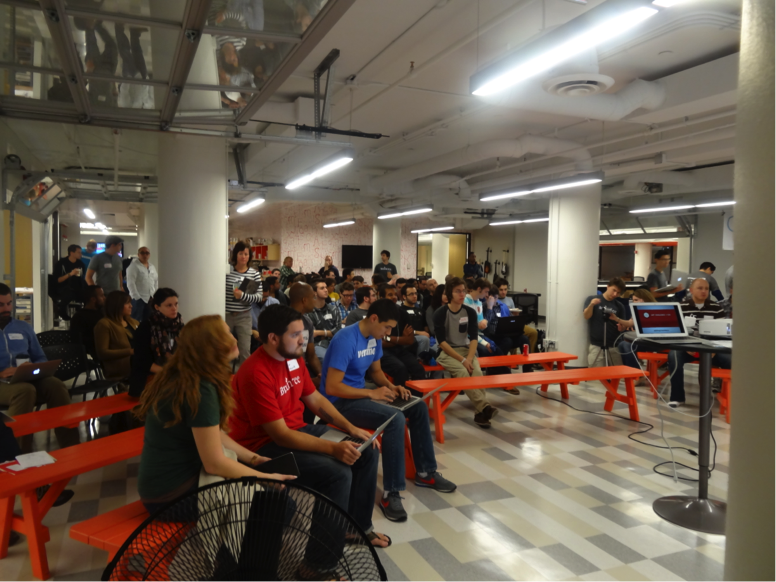 After a short intro from Singly’s Tyler Stalder, pitches were given to rally hackers around ideas and help them choose which ones they wanted to develop. Hackers then had about 24 hours to create, design and complete as much of their app as possible. People quickly spread throughout the office, getting right to work.

For most of the weekend, everyone was heads down, which was evident in the clever presentations each group gave.  Some of our favorites:

Team Monkey Bars built an app that allows you to pre-order drinks from a bar.  This consumer-facing app sends your drink order to an automated machine, which measures out the perfect drink for you making getting your order quick and easy!

Blackmail your Friends – if the name doesn’t say it all, it’s an app that allows you to anonymously blackmail your friends with videos taken on your smartphone. The victim then has to pay a small fee keep the video from being posted online.

Ever use the “Find my iPhone” app? Well, RacyBike came up with a similar solution for bike enthusiasts.  A small piece of hardware inserted in the bike frame helps you find a lost or stolen bike.  If you haven’t lost your bike, they’ve also created an app that allows you to challenge friends to races for a small wager. 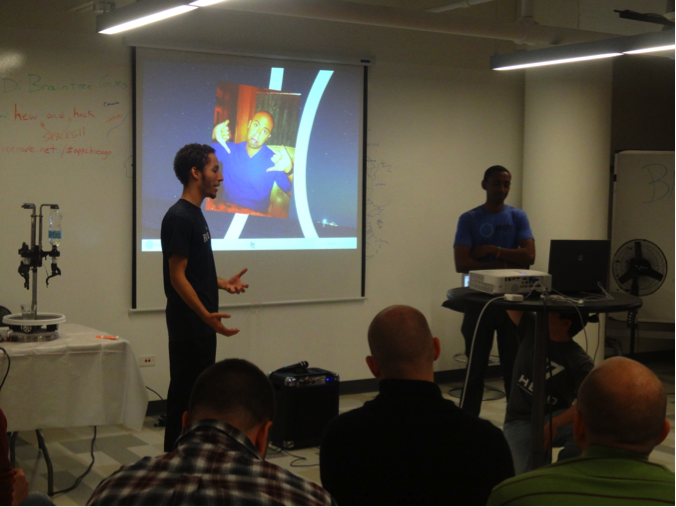 All of the presentations were great, but we had to pick some winners.  Best use of Braintree’s API went to Kory Roys, who created an app that uses the last 100 pictures posted to your social media sites to create a collage poster for purchase.   Twizl.io won the Singly prize using their API to create a twist on fantasy football.  Instead of choosing athletes, you choose friends and celebrities from social media sites to compete in challenges.  The overall prize was awarded to Forgift.  They created a web and iPhone app that allows you to send money, via Venmo, to someone whose birthday you’ve forgotten.  Browse through their meme database to add a clever reason for your forgetfulness. 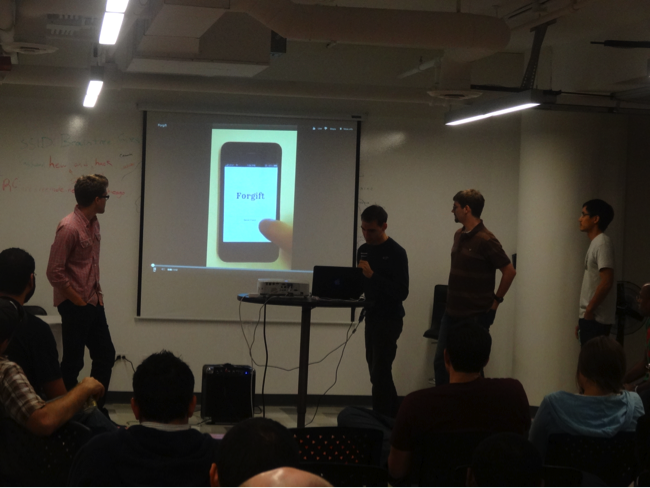 Between our 100 participants and 14 presentations, we definitely learned a lot at our first hackathon. We hope everyone who attended had a great time and we’re planning to do another one in the future.  Keep your eye out for the next one!

***
Sales & Marketing Team A great product is only as strong as the folks it affects, and our sales and marketing teams are made up of evangelists who shout about Braintree from the proverbial mountaintops. More posts by this author