3 Key Ways Out of Recession From Legendary N. Rackham of SPIN Selling 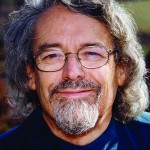 Rob and I recently went to meet Neil Rackham, who wrote the NYT Bestseller SPIN Selling which became one of the top business books about selling. Neil Rackham is a researcher, not a salesperson, so he makes scientific observations and comes to conclusions based off of his data. Rackman gave a speech in which he talked about the three insights you need to sell more in a recession, based on recent research of the deep recession from the early 1980's. Here are the three insights all businesses should keep in mind when selling:

Successful companies go after fewer opportunities during a recession

Rackham claims that the cost of going after a single opportunity has more than doubled in the last five years. This makes sense when you consider that the average company has twice as many competitors as it did five years ago. This, coupled with a longer sales cycle for complex products, has complicated the sales process.

People are told that in down times that you should make more dials or knock on more doors. But when sales teams have both large and small opportunities, they tend to seize the small ones and ignore the large ones because it's quick and easy and provides faster gratification.

This is to their detriment, because the winners in the recession have shown to over-invest in the best opportunities while largely ignoring the rest. Rackman explains it like this: "You spend so much time knocking off convenience stores, you don't spend any time robbing the bank." Don't half-sell twice as many because there is no prize for coming in second. It's better to chase fewer opportunities in more depth.

Rackman's final piece of advice on this topic: never go after a piece of business in bad times that you wouldn't go after in good. In other words, don't be desperate. People can smell it.

There is a big difference between selling and negotiating

Rackman says that the biggest mistake sales people make is negotiating instead of selling. He describes the difference as this: selling is enticing the person to take an interest in your product or service, while negotiation is just working out the price. In other words, selling is getting the person to say 'yes', negotiating is finding out how much that 'yes' is worth to them.

Someone from the crowd asked, what about discounting? Rackman advises sales people to only discount when there is a reasonable trade-off. Discounting works well when you need to get someone in the door (a trial, before the price goes up to its regular offer) or you need to get in their door (discount for your department if we can on-board the other departments in your company at regular prices). But if you give people a lower price from the onset, when it comes time to re-negotiate the contract, you will always be stuck at that price. And if you must give all of your customers a lower price to get them in the door, then you've effectively reset your prices to match the marketplace.

(Sidenote: If you want to think more about discounting, Seth Godin wrote a great piece on this topic that compliments Rackman's ideas: Generous gifts vs. free samples)

In hard times, the #1 reason people purchase is safety, not price (that's #2)

The reason most sales people don't know this is because your prospects always say that price was the deciding factor. But Rackman says this isn't true--it's just that your clients won't tell you "I'm scared to make this decision."

People on the whole become more risk-averse during a recession. They are willing to pay a small premium to make the safe bet. In fact, this might be a large factor in why Braintree grew so quickly during the recession, because we market safety in everything we do.

IBM was extremely successful selling their equipment at a premium in the 80's recession with the slogan, "Nobody ever got fired for buying IBM." While competitors slashed prices, IBM increased prices in this same period of time, and it paid off.

So market safety, not price. This means building a reputation for being a reliable and trustworthy partner. It also means that when someone is saying no, they are often saying "I'm not sure you are safe." You will sell more when you prove your company is the safe bet.

How To_ The Payments Space_ Industry Experts_